There are four winners in three categories of Vanguard Awards. The winners are:

Vanguard Award for Major Rehabilitation of a Historic Structure into Affordable Rental Housing: 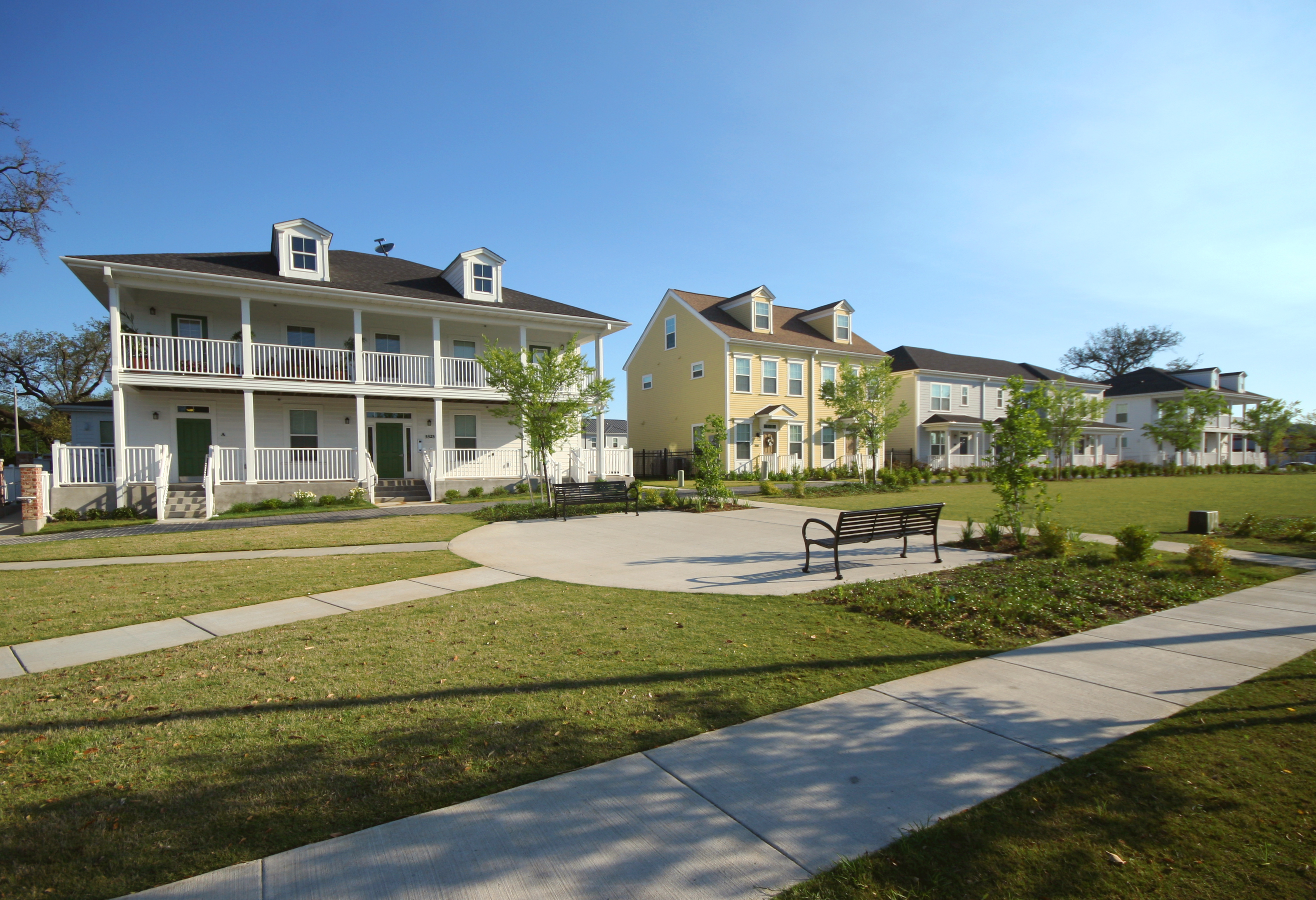 Harmony Oaks was built on the site of the former C.J. Peete public housing complex, which was nearly completely destroyed by Hurricane Katrina in 2005. In 2007, the Housing Authority of New Orleans (HANO) selected Central City Partners, a team made up of McCormack Baron Salazar (MBS), Landwide Development and the New Orleans Neighborhood Development Collaborative (NONDC), to revitalize the site. The goals were to rebuild a high-quality, mixed-income community to which residents would choose to return. The team recognized that the community would never be restored without input from the people who knew it best. Finding displaced residents was only the start of a challenging process to bring residents back home. Still, a master plan emerged that reflected the consensus of the entire community. Renamed Harmony Oaks, the community has 460 mixed-income town homes and garden apartments, as well as a 40-unit apartment building and a restored community center. Amenities include ample space, appealing layouts, quality flooring and carpet, modern appliances, in-unit washers and dryers, a community pool and more. Financing came in the form of loans from federal and state government, tax credit equity, and additional private support from the Annie E. Casey Foundation, the Kresge Foundation, the Greater New Orleans Foundation, the Local Initiatives Support Corporation, Living Cities and the Ford Foundation. The design of the site went beyond merely “looking” like New Orleans and used authentic building materials and features—making it truly possible for new and returning residents to feel at home. 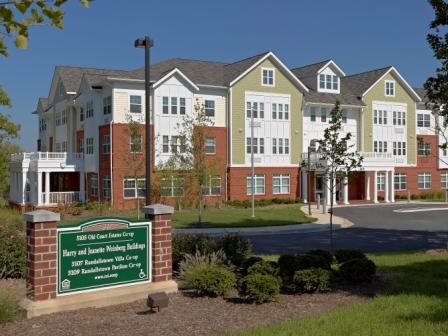 Old Court Estates Co-op is the third and final phase of a senior campus in the Randallstown area of Baltimore County, Maryland. The partnership for development of this senior community was started between CSI Support and Development Services (CSI) and Mount Olive United Methodist Church in the year 2000. In its quest for new development sites, CSI pursued funding under the HUD Section 202 Supportive Housing for the Elderly program. The first 74-unit building opened in 2003. This success and demand for senior housing led to the subsequent development of the 76-unit Randallstown Pavilion Co-op in 2008 and the 51 unit Old Court Estates Co-op in 2011, again under the HUD 202 program. The Old Court Estates site is located at the forefront of the Randallstown campus. Sitting just off Old Court Rd. to the east of Mt. Olive Church, the building adds a presence to the streetscape that was not there before. To reduce the impact of the new building on the neighborhood, the building was set back from the street as much as possible and was oriented to take advantage of the natural grades on the site. The building, which has state-of-the-art energy efficiency features and superior construction, is home to very low-income seniors. The project receives a Project Rental Assistance Contract (PRAC) through HUD that allows a resident to pay 30 percent of their adjusted income toward rent. The balance is paid through the PRAC. In addition, the energy efficient design of the building reduces any utility allowance a resident would pay. 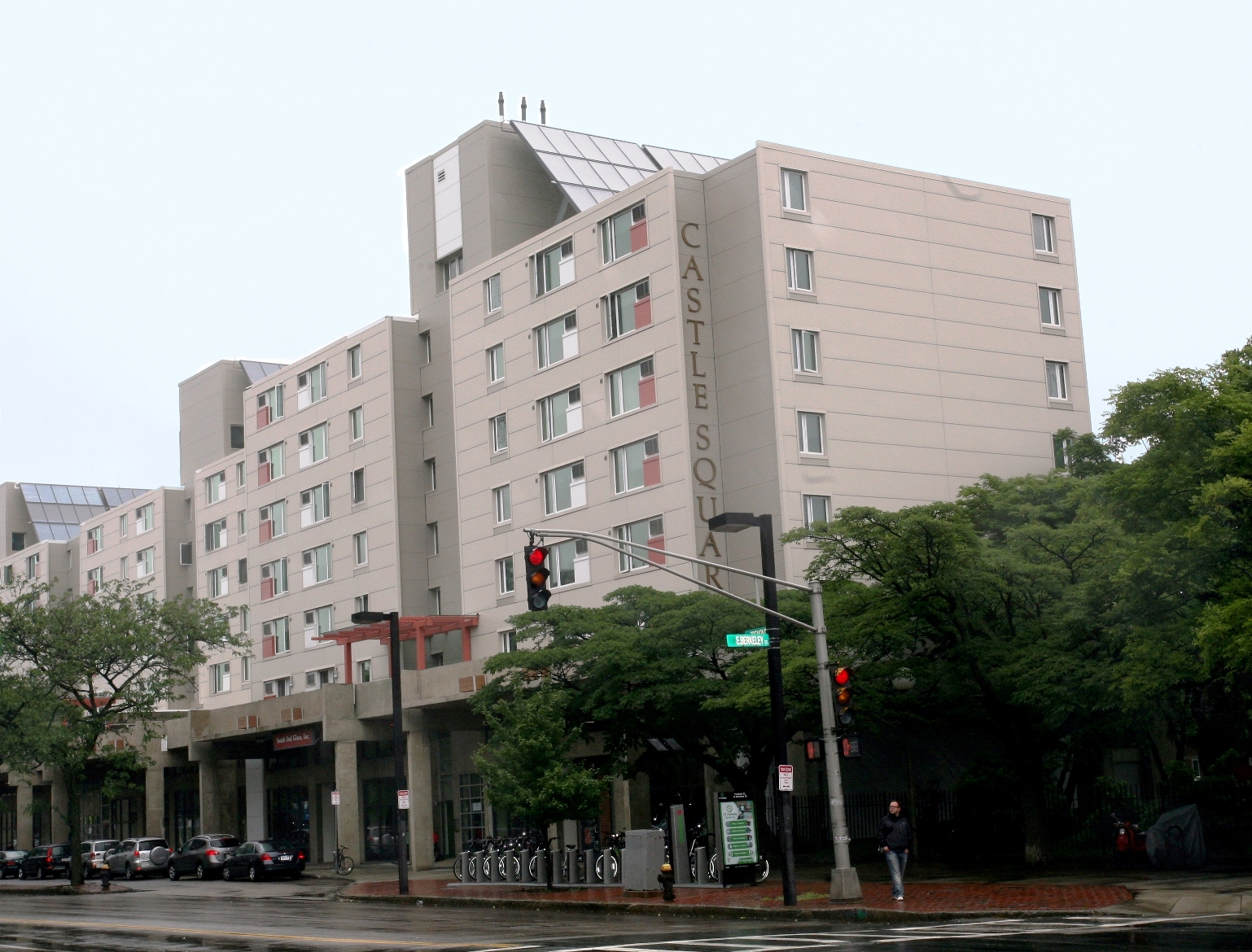 Castle Square is located in the lively and diverse South Side of Boston. It is owned in a collaborative partnership by WinnCompanies and the nonprofit Castle Square Tenants Organization (CSTO). Originally constructed in the mid-1960s, Castle Square is a self-contained 11-acre site covering one large city block, and comprises four mid-rise buildings containing 192 units and 19 garden-style buildings with 308 units. The property includes 27,000 square feet of retail frontage, and two non-residential buildings containing commercial and community space. In 2008, WinnCompanies and the CSTO decided to undertake a major renovation to modernize Castle Square while making it as energy efficient as possible. Known as a Deep Energy Retrofit, the project will yield energy savings of as much as 72 percent and will shrink the overall carbon footprint of the site considerably. From November 2008 through April 2012, each of the four seven-story mid-rise buildings was wrapped in a super-insulated shell. This both updated the property’s appearance and cut energy usage significantly. A new insulated reflective roof, high efficiency windows and extensive air sealing increased the insulation value of Castle Square’s buildings by a factor of 10. Additional savings were made by utilizing green building materials, LED and CFL lighting, Energy Star appliances and solar hot water. Since it was not a ‘gut’ renovation, residents were allowed to remain in their apartments. Financing included loans from state and federal agencies, Low Income Housing Tax Credits, owner equity, and green energy grants and rebates.

The Wilber School was built in 1922 and sat vacant for more than a quarter century prior to its redevelopment. Owned by BC Wilber School LLC c/o Beacon Communities, LLC, and managed by Beacon Residential Management, the developer’s goal was to transform this historically significant and beautiful – though seriously distressed – building into green, mixed-income apartments that would respond to community needs and help revive the center of the town of Sharon. The developers were successful in all ways. The adaptive reuse of this former school building into 75 mixed-income apartments revitalized an iconic structure; met modern energy efficiency and sustainability standards; created stunning apartments; and brought new excitement and economic development to the downtown. Wilber School Apartments is such a successful example of preserving an architecturally significant building that in 2010 it won the J. Timothy Anderson Award for Best Historic Rehab of New Construction and the Sharon Historical Commission’s annual historic preservation award. Most recently, Preservation Massachusetts honored the community with the Paul E. Tsongas Award for achievement in historic preservation. The development was made possible thanks to state and federal Low Income Housing Tax Credits and Rehabilitation Tax Credits, and state tax-exempt bonds. Several apartments benefit from Project-based Section 8 vouchers. A once boarded-up, semi-destroyed building is now brimming with activity and life, and its lovely apartments are a haven for very-low, low and middle-income residents.