For the fifth year, the National Affordable Housing Management Association (NAHMA) is pleased to announce the winners of its annual Affordable Housing Vanguard Awards. These awards recognize newly developed or significantly rehabbed affordable multifamily housing communities that showcase high quality design and resourceful financing. The excellence exhibited throughout these multifamily developments belies the notion that affordable housing cannot be assets to their communities. Vanguard Award winners deliver powerful proof that affordable housing done well can transform neighborhoods as well as the lives of individual residents.

There are four winners in four categories of the 2014 Vanguard Awards. The winners are: 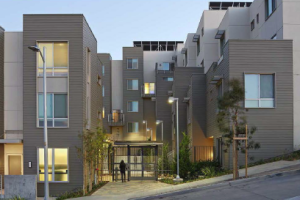 Hunters View represents a revitalization of one of the most dilapidated affordable housing projects in San Francisco and a transformation of its surrounding community. Constructed in 1957 on the foundations of World War II Navy workforce housing, the units were never intended to be permanent. In 2009, HUD rated Hunters View as one of the worst public housing sites in the country. The vision for Hunters View included demolition of the existing 267 public housing units and creation of up to 800 mixed-income housing units. The recently completed Phase I cost $84 million and provides 107 units of housing. Hunters View is part of the broader HOPE SF initiative, which aims to revitalize the city’s most dilapidated public housing. Selected in August 2005 to undertake the revitalization, the development team of Hunters View Associates, LP (HVA) includes Ridge Point Non-Profit Housing Corporation, The John Stewart Company, and Devine & Gong, Inc. With no significant federal financial support for rebuilding the property (usually provided by the federal HOPE VI program), the local HOPE SF Program had to develop a highly innovative “Certificates of Participation” funding mechanism (which is so far unique to the HOPE SF Program in San Francisco), and a highly competitive $30 million Proposition 1C Infill Infrastructure Grant had to be secured from the California Department of Housing and Community Development. With the transformation anticipated to extend well beyond the boundaries of the project, and goals that are more comprehensive than simply the development of real estate, the city has invested a significant amount of the project’s funding. Even so, in the absence of HOPE VI funding, the team has leveraged every possible source of financing, including federal, state and local government funds; tax credits; and philanthropic contributions. Hunters View is not only physically attractive, it incorporates numerous energy-efficiency and sustainability features, provides a new street grid system that improves resident and vehicle connections to the surrounding neighborhood, and offers numerous services to residents. 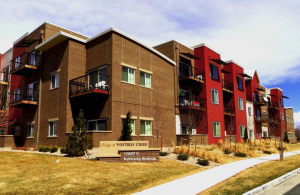 Village at Westerly Creek (VWC) is an affordable, sustainable, attractive, and radical re-invention of the 40 public housing units formerly on its site. VWC’s residents are elderly, very low income and/or disabled. The Housing Authority of the City of Aurora, CO, which developed and manages the property, overcame major obstacles, including zoning restrictions, not displacing current residents in the five buildings then on the site, correcting numerous site infrastructure problems, weathering disruptive changes on the part of the external project-development team, and the 2008 financial crisis that necessitated building only half of the units originally planned (the second phase is now under construction). Despite all setbacks, the project was completed as planned and on time. The predevelopment stages of the project were financed with proceeds from the sale of other scattered-site public housing. Once completely designed, the project was re-packaged into two phases to fit within the limits of Colorado’s Low Income Housing Tax Credit program. Additional HOME and CDBG funds were secured from all three levels of local government (city, county and state), and needed construction and permanent mortgage financing was secured. Finally, after extensive discussions with HUD, arrangements were made to provide Project-based Section 8 vouchers to all tenants. Although the residents are of modest means, the amenities and finishing details of the 55-unit property are rich though not extravagant. In addition to attractive and energy-efficient interior design features, the property features 245 photo-voltaic (solar) panels on the roof which provide nearly 25 percent of the energy used. 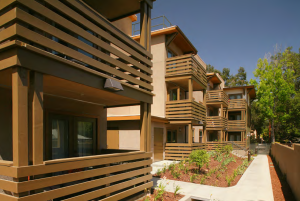 Hudson Oaks sits on the site of a formerly unattractive grey eyesore that had been rendered uninhabitable after a devastating fire in 2005. Abode Communities transformed the site into a vibrant, affordable senior development linked to the Washington Park community in Pasadena. In a high-priced area with a huge need for affordable housing, Hudson Oaks now offers 45 service-enhanced homes for seniors aged 62 and older. Abode Communities overcame significant financing challenges via a one-time infusion of $7 million in federal stimulus funds and $4.5 million from the City of Pasadena. Hudson Oaks opened its doors within budget and on time in March 2012. Hudson Oaks became the first development in the City of Pasadena to achieve a LEED® for Homes Platinum certification and employs a wealth of sustainable strategies and technologies. These include a bioswale and drainage system to retain all water on site; solar thermal pre-heating combined with a central boiler system; a photovoltaic system to feed common area electricity; and a high-efficiency HVAC system. Abode Communities was also able to reuse 85 percent of the original building framing. The building’s bulky, beige façade was replaced with a design whose aesthetic matches the rich architectural heritage of the neighborhood. The apartments are dramatically improved inside, as well as outside by the addition of private balconies and patios that provide seniors with direct access to fresh air and views as they enjoy the privacy and shade of the mature oak trees that were carefully preserved during construction. Abode Communities’ management includes a full spectrum of services for residents. 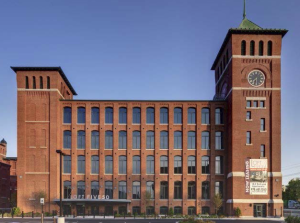